Ben Sherman was a legend in his own right. A man described as ‘always embracing the new and the different’; someone constantly searching for the best of things. He disliked regularity, preferring to search out things that were perceived as unavailable to him. He was a passionate businessman with an artist’s soul.

Born Arthur Benjamin Sugarman in Brighton in 1925, at just 20 years old Arthur left a post-war torn Britain for America where he saw a land of hope and promise; he was full of drive and ambition. 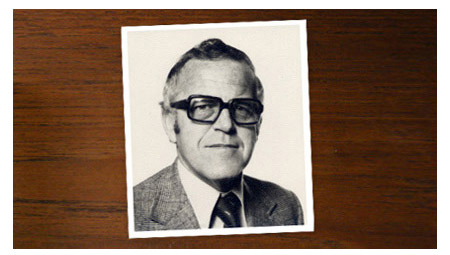 He raised a family in the San Fernando valley and began working for his father-in-law who owned a successful clothing manufacturing company. It was also while in America when applying for citizenship, that Arthur decided to change his name. Ben is what his family called him and Sherman was a surname that he felt was a good, solid, strong American name.

Unfortunately his mother who lived back in England became very ill, so he quit his job and relocated the family back home to Brighton. Without a job, Ben Sherman decided to use his clothing manufacturing experience and rented a factory in Bedford square, Brighton.

Ben started making shirts for other people. But soon his creative flair took over and he started designing his own shirts. Then in 1963 he was ready to launch the first Ben Sherman shirt.

Its basic design was influenced by the classic American Ivy League shirt but Ben’s design vision added the back hook, the button on the back of the collar, but most importantly his feel and passion for fabric, pattern and colour created a unique garment.

Colour was something that particularly intrigued Ben, so he used Oxford fabric in pale shades, pale pink, yellow and blue. He used candy stripes, again, using pale pinks, greens and blues. Peoples’ initial reaction to all this colour was not positive, but typically Ben Sherman pushed ahead as he totally believed in his ideas.

He wanted the best quality fabrics, so the special fabrics used were all from America. He also decided to box each shirt individually, which was, in those days against the grain.

The shirts were a huge success, offering something brand new and previously unseen in England.

Interestingly it was exactly at this time that the first British youth culture was in full flow; the post war teddy boys. This movement had shown a new generation of youth that clothing could be a key indicator of their beliefs and signal their belonging to a culture or movement.

A second wave of young men came along who loved the sharp Italian style and this group went by the name of ‘ the modernists’ who quickly became known as ‘mods’. This British youth culture embraced the Ben Sherman shirt, loving it for its quality, slim-fitting style, its colour and unique design.

The feeling was that there simply had never been anything on the English scene like it. The Ben Sherman shirt was revolutionary and so was the ‘mod movement’. Through fashion and music, London and Britain were cool again, the swinging 60’s was in full flow and the atmosphere was euphoric.

Ben Sherman opened a showroom on carnaby street and soon afterwards opened 2 stores in London as well as a store in Brighton (his Brighton store was called ‘millions of shirts inc. ltd) Ben Sherman could not produce shirts fast enough and orders often exceeded production capacity. It is famously quoted that in 1970 Ben Sherman ordered a million yards of oxford cloth, a quarter of a million of gingham fabric and a quarter of a million yards of colourful striped material from his American fabric mill. This is testament to the popularity of the Ben Sherman shirt.

Now having existed for 5 decades the Ben Sherman shirt and brand have been adopted by almost every youth culture or style movement of the last 5 decades, from the mods , to 2 tone and ska, to brit pop and is today still worn by the current bands and style leaders of the current decade.

Ben Sherman remained at the helm of the Ben Sherman shirt brand until the mid 70’s when bad health meant he sold the company and retired to Australia when in 1987 and at the age of 62 Ben Sherman died.

Ben Sherman not only created clothing history with his Ben Sherman shirt, but he created a way of thinking that has helped create a global brand today. His passion for original thinking and rejecting the normal and mundane has left a legacy that can still be witnessed today.