1950s Britain was markedly different from what had gone before. The weight of rationing, functional clothing and military service imposed by the nation's recent state of war were beginning to lessen, and those becoming adults in the mid-50s were presented with a host of opportunities their parents' generation could only dream of. We were entering an age of excess – growing wage packets meant there was more disposable income around, and young British men could go out and find that perfect suit, that perfect button down shirt.

This created a great sense of opportunity, as men started to experiment more with fashion, shunning the heavy suits of their fathers to find new fabrics, patterns and cuts. Simultaneously, the 50s were the age of the first true global stars of stage and screen – icons who's every move and sartorial choice would be followed and aped by impressionable teens across the land. Below are just a selection of our favourite style icons from this most transitional of decades.

Ridiculously handsome and impeccably yet accessibly dressed, James Dean is the Godfather of 50s style. Dean's style endured because it was so seemingly easy to pull off – crisp white tee, denim jeans and boots and you had the look nailed. A timeless look that will never go out of fashion. 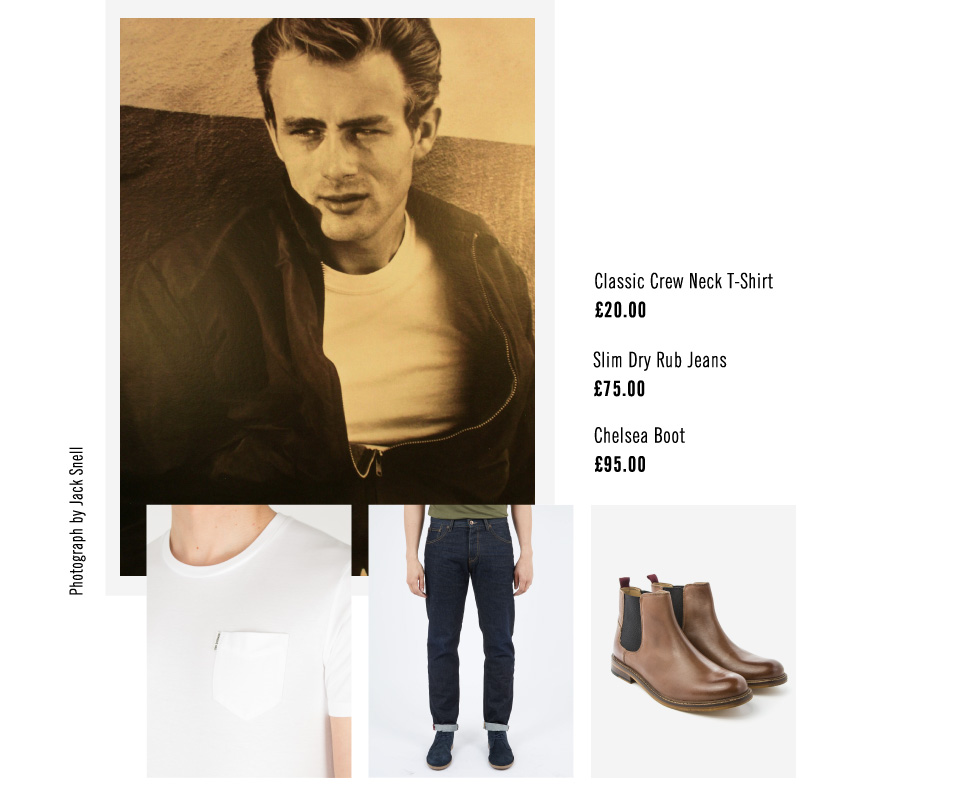 The king of the 50s and inventor of rock 'n' roll, Presley was such a rule breaker and pioneer that we'll forgive him for his part in creating rocker chic. However, you can recreate a smart Elvis look without reaching for the leathers. Open-collared shirts are your friends here, paired with tailored trousers and loafers and you've got it. 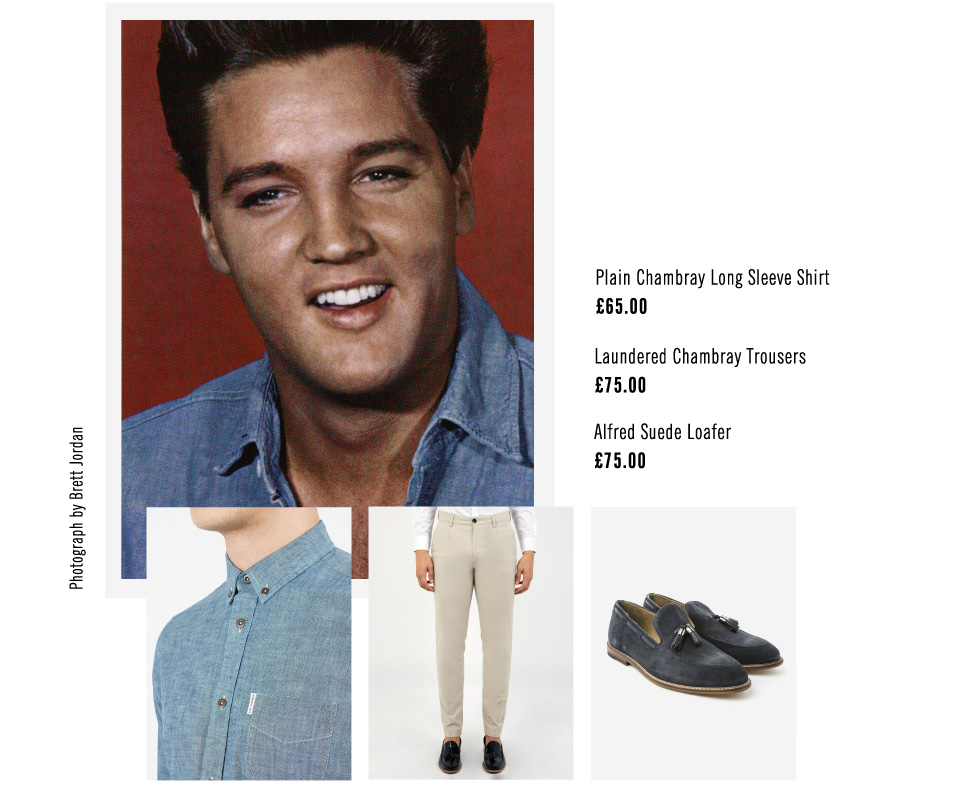 A less obvious choice than Presley and Dean perhaps, but Chet Baker's influence on music and style is undeniable. The jazz trumpet aficionado was oft seen in similar getups to the aforementioned Dean, however he also had a penchant for knitted polos and tees, both of which have featured heavily in Ben Sherman collections since the beginning. 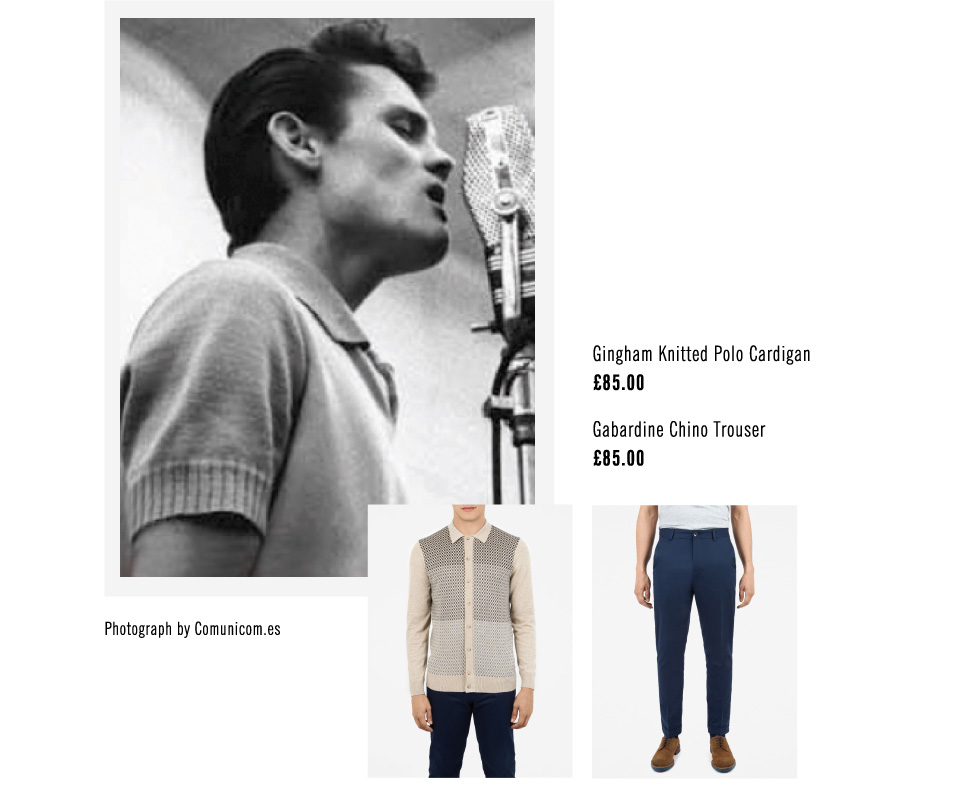 It's safe to say American musicians had a big effect on British men in the 50s, and Buddy Holly's unique style is the latest to get the nod in our style icons retrospective. Complete with his now synonymous thick-rimmed glasses, Holly was almost always seen on stage in the same grey blazer, white shirt, black tie and black trousers combination. 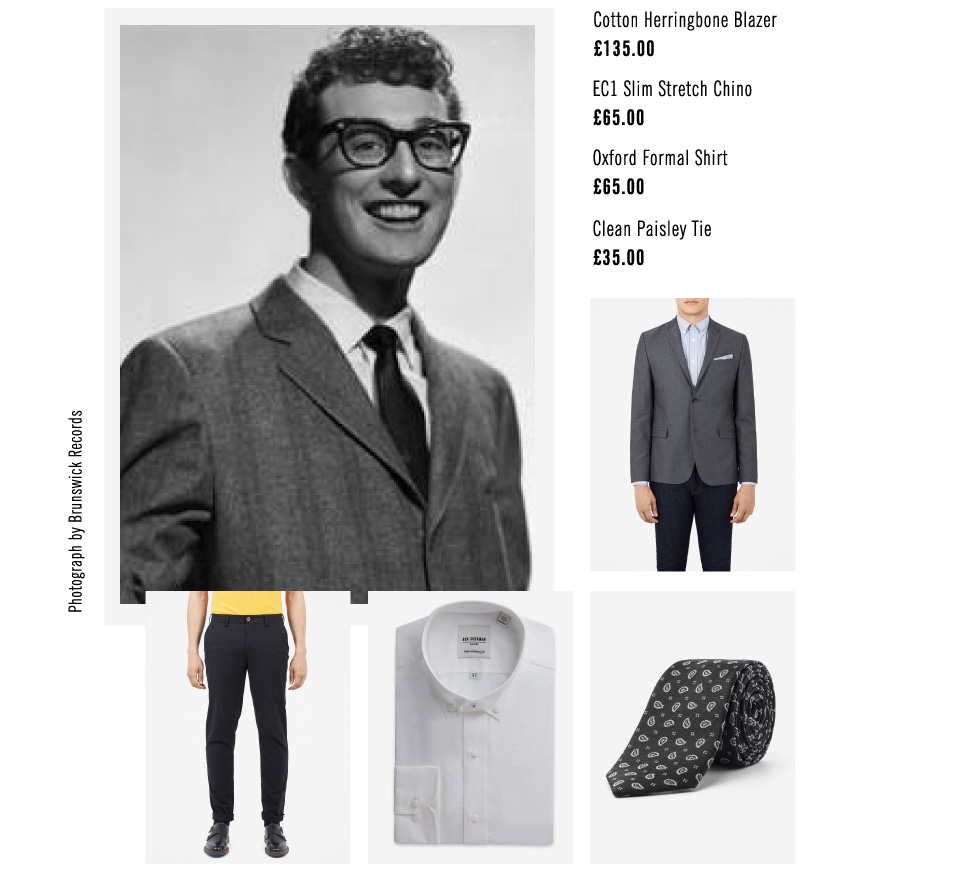 That's our selection of 50s style icons, but who are yours? Let us know on Facebook.