Last week we brought you the Sugarman candystripe of the 60s, this week it’s the 70s Gingham ‘Ronnie’ in memory of Ben Sherman’s head of sales Ronnie Wiseman. Ben Sherman was always original, relevant and exciting and in many ways, by reissuing these shirts, Ben Sherman will be remembered for what his contribution to fashion originally was and what he did for menswear.

Ronnie Wiseman was a typical East London boy, and like many men like him growing up in the 60s, invariably ended up in the rag trade. Wiseman ran a concession selling high-calibre menswear to the well to do of London who enjoyed cruises and trips to Bermuda. A mutual friend arranged a meeting between Wiseman and Sugarman, with the former travelling to Brighton and coming back with a handful of Sugarman’s garments which he duly offloaded in no time at all.

Sugarman was so impressed he had to hire him as his chief salesman. The two hit it off and became inseparable, growing Ben Sherman into the brand you know and love today.

The tight-checked Gingham fabric had been around since the 1700s, but it wasn’t until the mid 20th century that it earned its cool.

British Mods were obsessed with European tailoring – especially that from France and Italy - and became interested in this unique, crisp shirt pattern favoured by their continental counterparts.

Traditionally used in school uniforms, Gingham therefore had a youthful, nostalgic edge for many Mods, in no small part because of its early adoption by the Ben Sherman brand in the 1970s.

Inspired by our unique heritage the ‘Ronnie’ is one of the quintessential Ben Sherman shirts. Featuring our branded chest spade pocket, a back box pleat with a hanger loop and a button-down collar, the ‘Ronnie’ is a heritage shirt with contemporary sensibilities, and deserves a place in any man’s wardrobe. 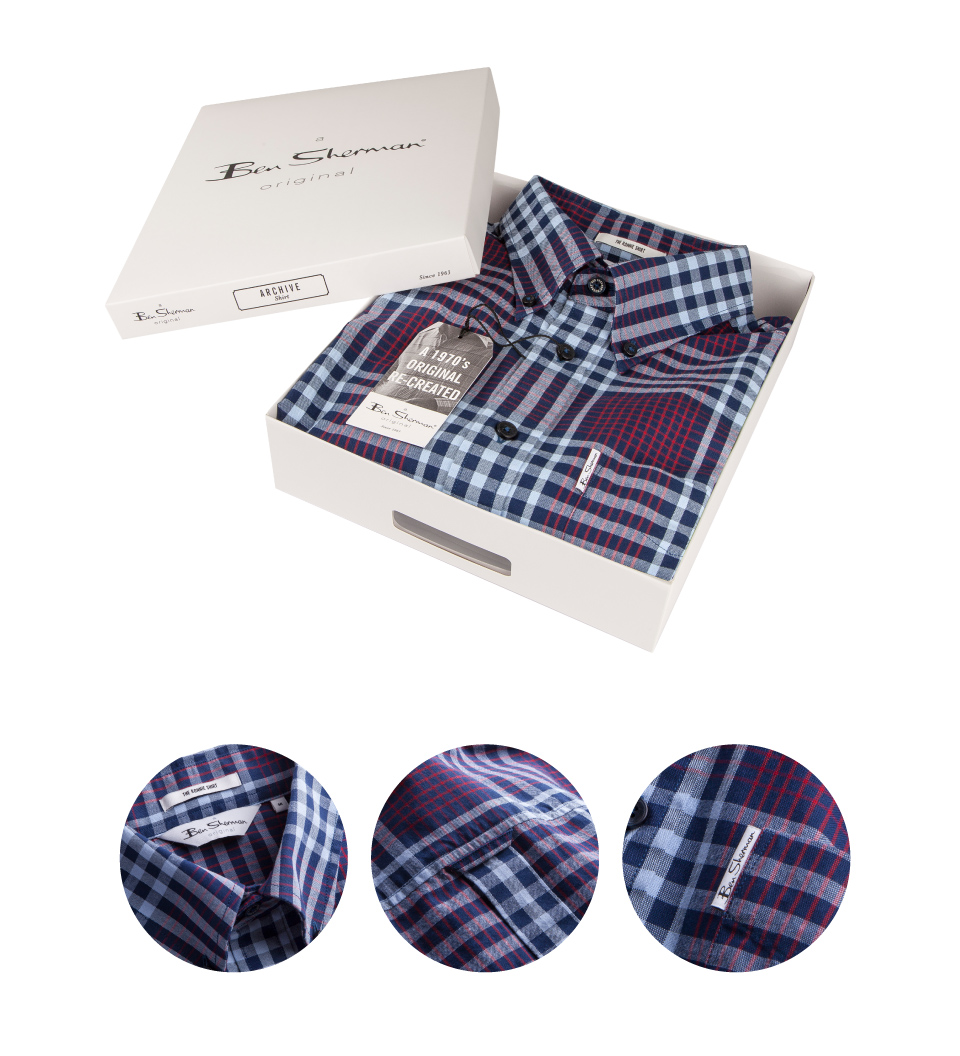