After the Sugarman and Ronnie in previous weeks, we present to you the final installment in our latest collection of reissue shirts.

The garment is named after Ben Sherman’s first showroom on the corner of Kingly and Carnaby Street, and is inspired by the spirit of Britain’s 80s subcultures.

By the year 1980, Coventry’s the Specials had released their debut album, and were busy kickstarting Britain’s ska revival. Supported by acts such as the Beat, Madness and the Selecter, the Specials soon became one of the nation’s biggest bands, especially among teenagers who were riled by their politically inclusive message.

Like the mod movements before, clothes were a major part of this particular subculture, with black suits, tartan and check shirts and pork pie hats the flavour of the day.

Woven by the Celts for thousands of years, tartan is a pattern with history literally woven into its fabric. Usually remembered fondly as the fabric of Scotland, tartan also has an important role to play in the history of punk.

Ripped shreds of tartan were often added to the denim and leather looks of Britain’s pre-eminent punks, acting as a rebellious pop of colour. Like Mod styles beforehand, tartan was also a popular choice with youth groups due to its smart look at a low price tag.

The Kingly shirt is made from premium cotton in a classic mod fit featuring a neat three finger button-down collar and tab branded chest pocket. As true replicas of the originals the shirts represent over 50 years of classic British heritage that is just as relevant now as it was then. 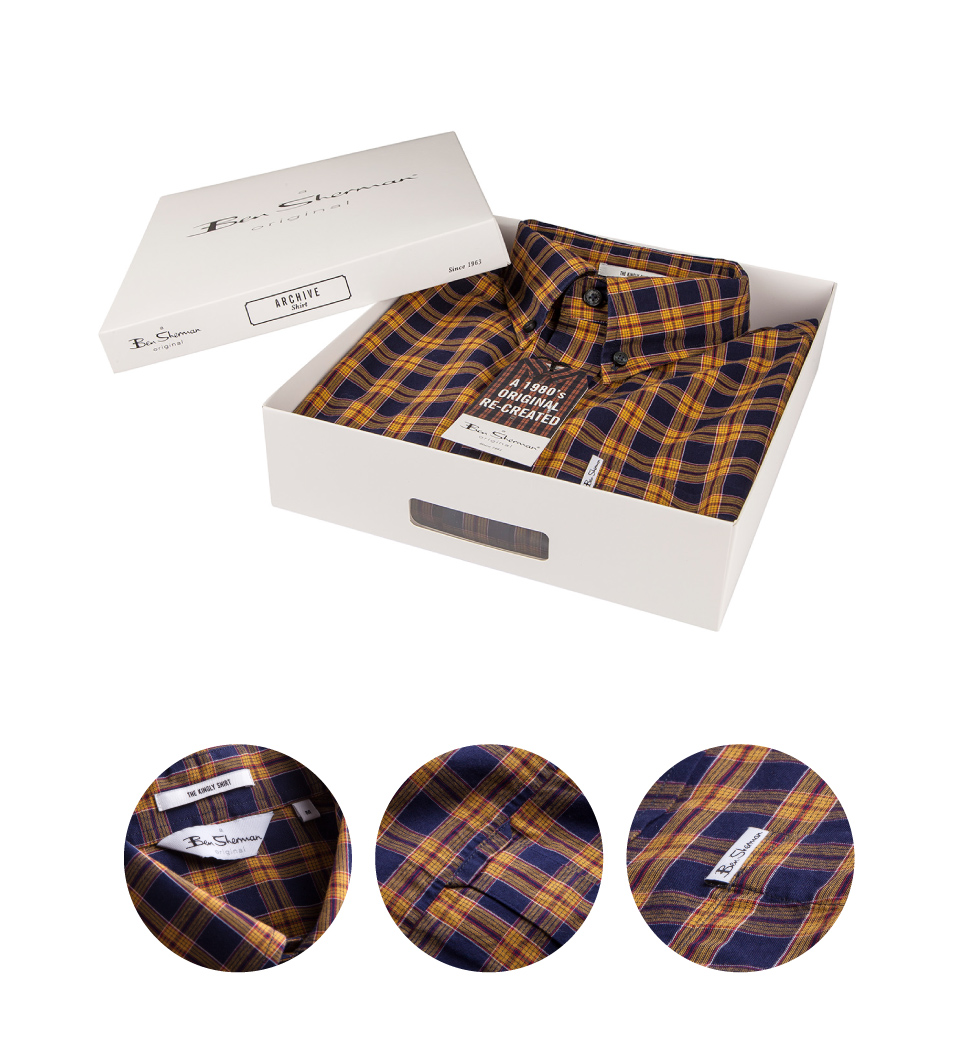