Looking back at the 60s now, it seems like from the minute that clock hit midnight at the turn of the decade, Britain transformed from its grey post-war state into vibrant technicolour. The Beatles and the Stones marauding the country, multi-coloured scooters on every corner, England winning the World Cup on home turf in their infamous red shirts – it's as if a switch was flicked and the whole nation changed. 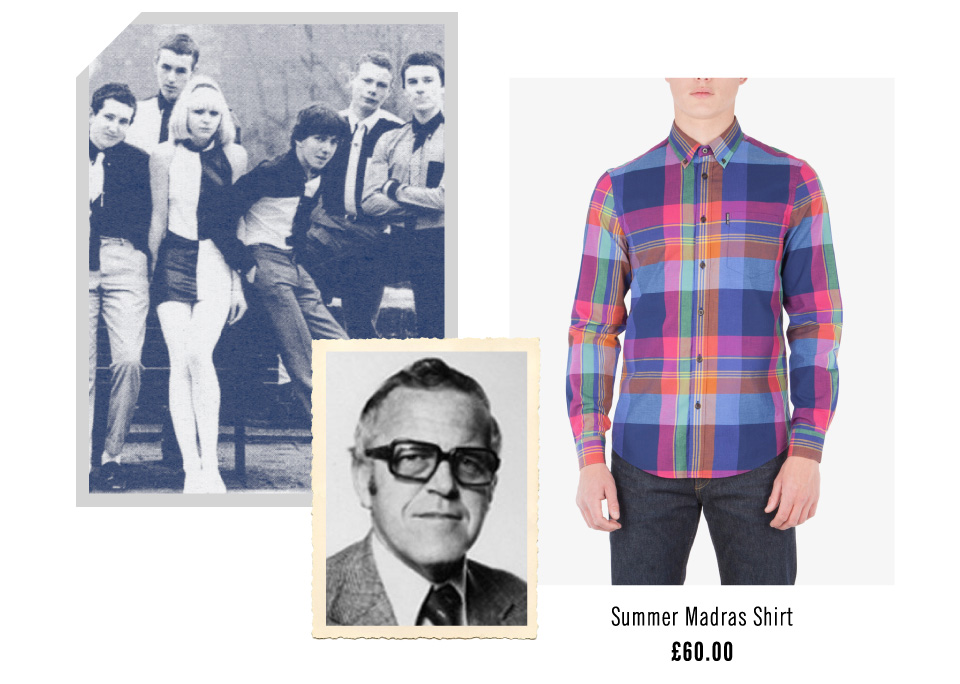 However, none of these seismic changes in British culture would've been possible without a whole host of individuals pushing the boundaries and pushing this great country into a new era. Shirting in Britain in the early 60s in particular was still stuck in another decade, with plain shirts and stiff fabrics still very much the name of the game. 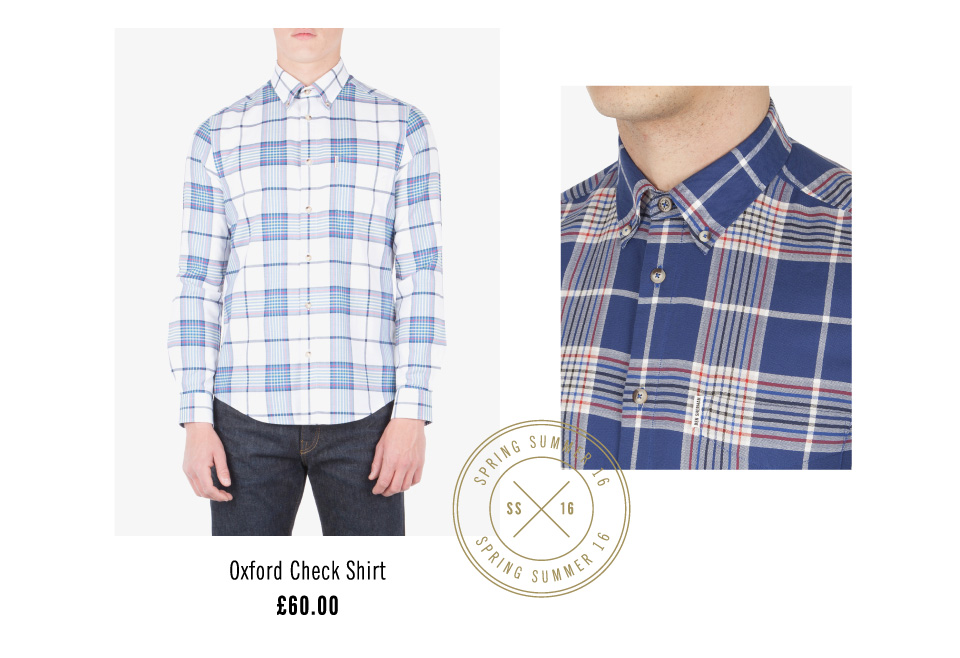 Born in Brighton in 1925, at the age of 21 Arthur Benjamin Sugarman emigrated to the USA in search of sun and fortune. His third father-in-law ran a shirt factory, and in no time at all Sugarman took the helm after learning all about the great Rag Trade, gaining inspiration from the amazing checked shirts of the great jazz musicians of the day such as Miles Davis. To fit in even more at his adopted home, Sugarman even changed his name to Ben Sherman, as he felt it sounded more all-American and would help him fully assimilate with the culture. 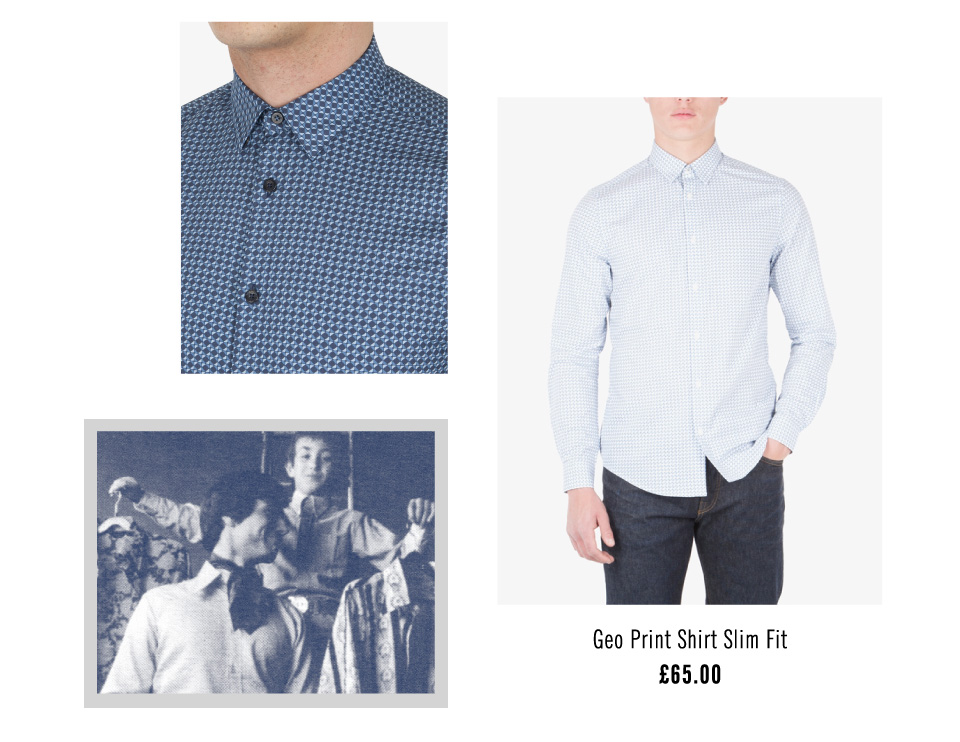 Unfortunately for Sherman, in 1961 his mother back home in Blighty fell ill, and he had to move back home to Brighton to be by her side. Upon his return he opened a shirt factory of his own in the town of his birth, inspired by the button down stylings he found in the US. His timing was impeccable, as a new breed of style-conscious males were ready and waiting to don his wares. By the late 60s, no mod look was complete without a button down checked Ben Sherman shirt, and other brands began to copy Sherman's renegade and trailblazing style. 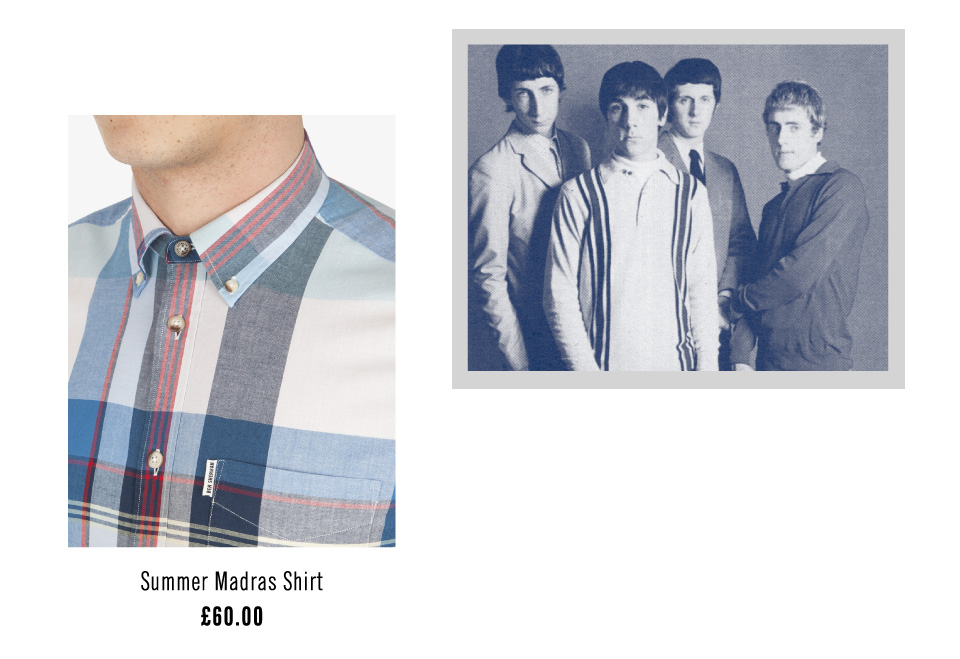 It's this renegade spirit – both of Sherman's and the rest of his 60s contemporaries – that has inspired our latest London Vinyl collection. Using Mr Sugarman's approach and the inspirational music of the time as our muse, the collection updates classic garments with prints and detailing motivated by our love of the era. You can view the full London Vinyl collection here